Aftermath is the third book in The Jewel Trilogy.

It follows Acceptance, book one, and Awoken, book two of The Jewel Trilogy.

In the final installment of the trilogy, Jewel has to find a middle ground in who she is, wrestle with her options and grow into the leader everyone expects her to be. But she has to grapple with not only a serious decision but also with the possibility of becoming something dark and dangerous. Jewel has the whole fate in her hands and only someone who understands both sides can make the right decision. She is that someone. 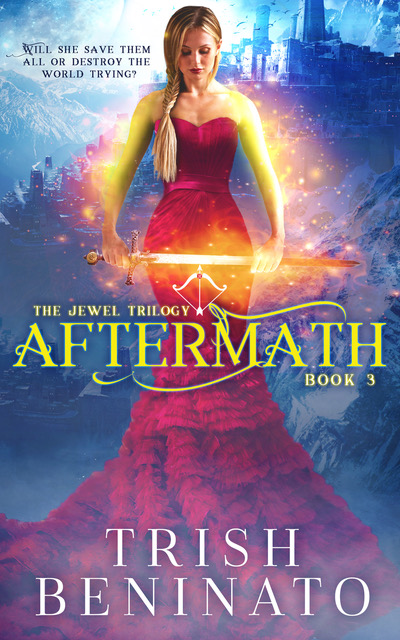 With the fate of the world hanging in the balance, Jewel is the only one who can stop Zeus from taking over humanity. Now everyone must pick a side- humanity or immortality. But what will happen once they do?

After discovering her past, Jewel must battle with connecting her two selves and defeat Zeus. And to make matters worse, she now knows of the betrayal of the one person she thought would always fight at her side, Anubis.

With the final battle looming, Jewel can’t risk anything getting in her way. Not even love, and definitely not the darkness hiding inside her. And the power growing within her will change her forever.

Can she become the leader they all need her to be, or will the world she loves become enslaved one again?

When destiny and desire collide… 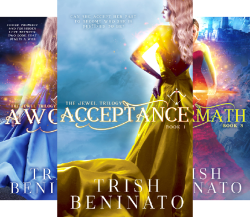 In a community full of supernatural powers, eighteen-year-old Jewel longs for a life of normalcy. But nothing in her life is ordinary. And suddenly she discovers she’s more abnormal than she ever realized–complete with a past she never knew existed. Once a goddess from ancient Greece, Jewel is the main reason everyone has their special abilities.

As she struggles with her newfound knowledge, Jewel encounters the mysterious god of Egypt, Anubis. With a past she has no recollection of, she tries to deny the pull she has for the sexy god. But, destiny has other plans. As she uncovers more secrets about who she really is, Jewel is pulled into a dangerous world surrounded by a prophecy–a prophecy that both terrifies and intrigues her. Will Jewel accept who she once was for a chance to become who she’s meant to be?

Get the entire trilogy today! 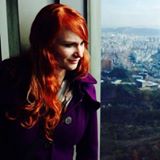 Trish Beninato is a young adult author who writes fantasy, sci-fi and paranormal with a little romance and strong female leads that kick ass all on their own. She lives in Colorado currently, but who knows where she will end up next. Even she doesn’t know. She holds a master’s in Education with an emphasis in Reading Literacy but instead writes the literature she once sought to teach. She is a wine and coffee enthusiast who overindulges way too much. A proud nerd to the core, you’ll find Star Wars and Marvel characters littering the shelves of her office; which she uses influence from as she writes her stories. Her debut novel, Acceptance: The Jewel Trilogy is described as X-men meets Percy Jackson.

One thought on “Aftermath Release Blitz” 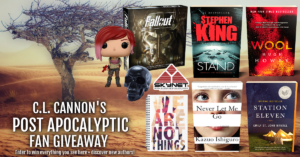