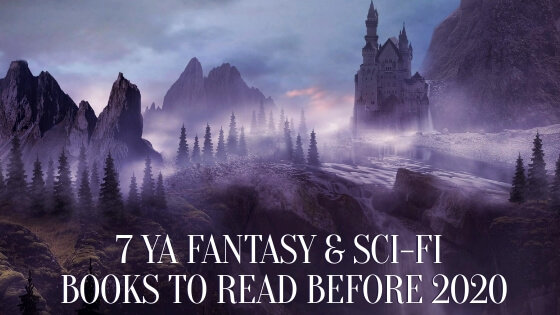 If there’s one thing I get excited about, it’s new books! I may have a small obsession with them!
I particularly love YA Fantasy and Sci-fi books and right now is a wonderful time to be a YA reader!

There are so many wonderful titles being released every week, and I’m here to tell you about
some of the best releases of 2019 that you should definitely try to squeeze in before the new year! 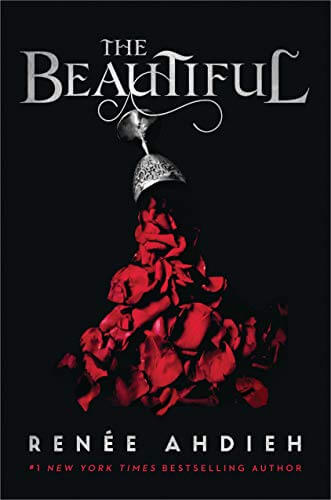 The Beautiful by Renée Ahdieh

In 1872, New Orleans is a city ruled by the dead. But to seventeen-year-old Celine Rousseau, New Orleans is a safe haven after she’s forced to flee her life as a dressmaker in Paris. Taken in by the sisters of the Ursuline convent in the middle of the carnival season, Celine is quickly enraptured by the vibrant city, from its music to its fancy soirées and even its danger. She becomes embroiled in the city’s glitzy underworld, known as La Cour des Lions, after catching the eye of the group’s enigmatic leader, Sébastien Saint Germain.

When the body of one of the girls from the convent is found in Sébastien’s own lair–the second dead girl to turn up in recent weeks–Celine battles her attraction to Sébastien and suspicions about his guilt along with the shame of her own horrible secret.

After a third murder, New Orleans becomes gripped by the terror of a serial killer on the loose–one who has now set Celine in his sights. As the murderer stalks her, Celine finally takes matters into her own hands, only to find herself caught in the midst of an age-old feud between the darkest creatures of the night, where the price of forbidden love is her life. 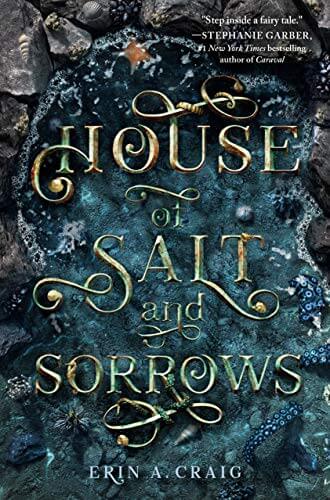 House of Salt and Sorrows by Erin A. Craig

In a manor by the sea, twelve sisters are cursed.

Annaleigh lives a sheltered life at Highmoor with her sisters and their father and stepmother. Once there were twelve, but loneliness fills the grand halls now that four of the girls’ lives have been cut short. Each death was more tragic than the last–the plague, a plummeting fall, a drowning, a slippery plunge–and there are whispers throughout the surrounding villages that the family is cursed by the gods.

Disturbed by a series of ghostly visions, Annaleigh becomes increasingly suspicious that her sister’s deaths were no accidents. The girls have been sneaking out every night to attend glittering balls, dancing until dawn in silk gowns and shimmering slippers, and Annaleigh isn’t sure whether to try to stop them or to join their forbidden trysts. Because who–or what–are they really dancing with?

When Annaleigh’s involvement with a mysterious stranger who has secrets of his own intensifies, it’s a race to unravel the darkness that has fallen over her family–before it claims her next. House of Salt and Sorrows is a spellbinding novel filled with magic and the rustle of gossamer skirts down long, dark hallways. Get ready to be swept away. 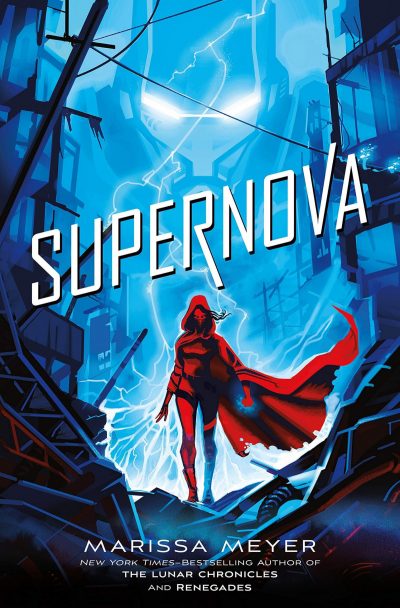 All’s fair in love and anarchy…

Supernova, the epic conclusion to New York Times bestselling author Marissa Meyer’s thrilling Renegades Trilogy finds Nova and Adrian struggling to keep their secret identities concealed while the battle rages on between their alter egos, their allies, and their greatest fears come to life. Secrets, lies, and betrayals are revealed as anarchy once again threatens to reclaim Gatlon City. 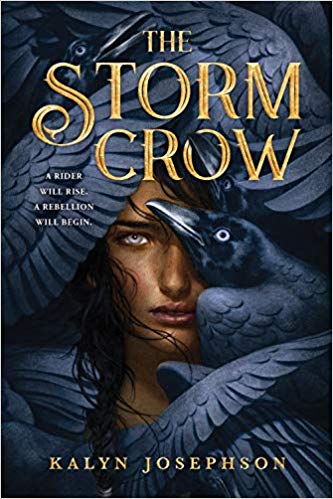 The Storm Crow by Kalyn Josephson

Eragon meets And I Darken in this thrilling new fantasy debut that follows a fallen princess as she ignites a rebellion to bring back the magical elemental crows that were taken from her people.

In the tropical kingdom of Rhodaire, magical, elemental Crows are part of every aspect of life…until the Illucian empire invades, destroying everything.

That terrible night has thrown Princess Anthia into a deep depression. Her sister Caliza is busy running the kingdom after their mother’s death, but all Thia can do is think of all she has lost.

But when Caliza is forced to agree to a marriage between Thia and the crown prince of Illucia, Thia is finally spurred into action. And after stumbling upon a hidden Crow egg in the rubble of a rookery, she and her sister devise a dangerous plan to hatch the egg in secret and get back what was taken from them. 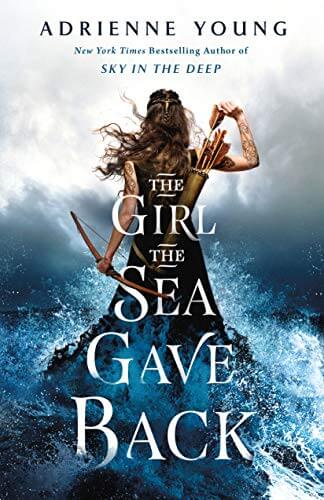 The Girl the Sea Gave Back by Adrienne Young

For as long as she can remember, Tova has lived among the Svell, the people who found her washed ashore as a child and use her for her gift as a Truthtongue. Her own home and clan are long-faded memories, but the sacred symbols and staves inked over every inch of her skin mark her as one who can cast the rune stones and see into the future. She has found a fragile place among those who fear her, but when two clans to the east bury their age-old blood feud and join together as one, her world is dangerously close to collapse.

For the first time in generations, the leaders of the Svell are divided. Should they maintain peace or go to war with the allied clans to protect their newfound power? And when their chieftain looks to Tova to cast the stones, she sets into motion a series of events that will not only change the landscape of the mainland forever but will give her something she believed she could never have again—a home. 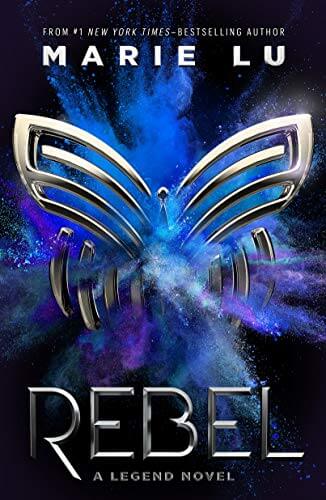 Respect the Legend. Idolize the Prodigy. Celebrate the Champion. But never underestimate the Rebel.

With unmatched suspense and her signature cinematic storytelling, #1 New York Times–bestselling author Marie Lu plunges readers back into the unforgettable world of Legend for a truly grand finale.

Eden Wing has been living in his brother’s shadow for years. Even though he’s a top student at his academy in Ross City, Antarctica, and a brilliant inventor, most people know him only as Daniel Wing’s little brother.

A decade ago, Daniel was known as Day, the boy from the streets who led a revolution that saved the Republic of America. But Day is no longer the same young man who was once a national hero. These days he’d rather hide out from the world and leave his past behind. All that matters to him now is keeping Eden safe—even if that also means giving up June, the great love of Daniel’s life.

As the two brothers struggle to accept who they’ve each become since their time in the Republic, a new danger creeps into the distance that’s grown between them. Eden soon finds himself drawn so far into Ross City’s dark side, even his legendary brother can’t save him. At least not on his own . . . 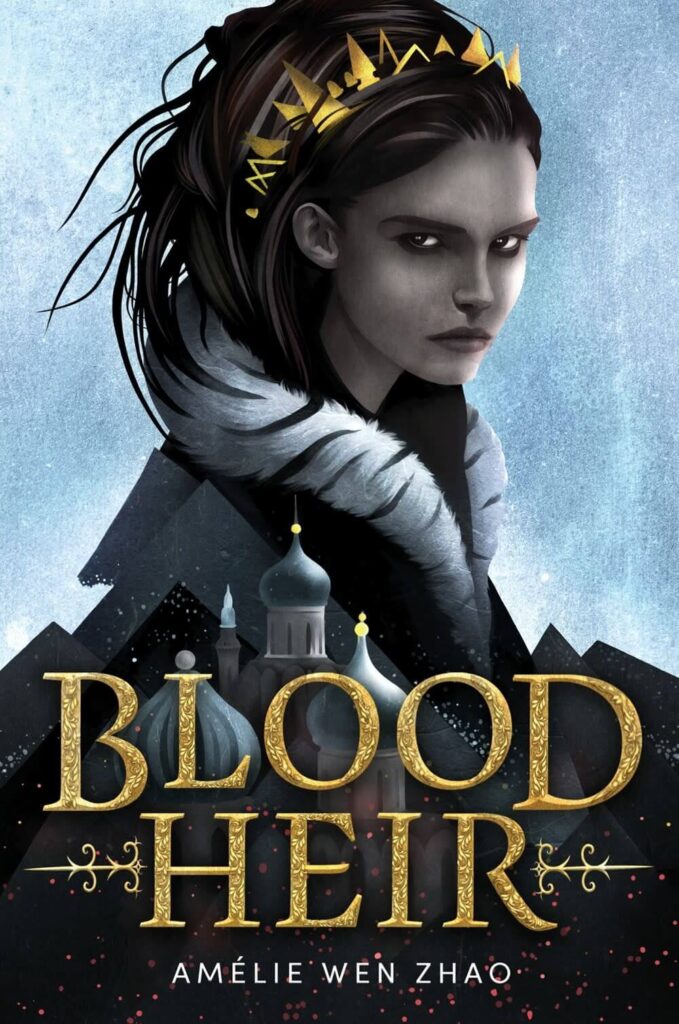 In the Cyrilian Empire, Affinites are reviled. Their varied gifts to control the world around them are unnatural—dangerous. And Anastacya Mikhailov, the crown princess, has a terrifying secret. Her deadly Affinity to blood is her curse and the reason she has lived her life hidden behind palace walls.
When Ana’s father, the emperor, is murdered, her world is shattered. Framed as his killer, Ana must flee the palace to save her life. And to clear her name, she must find her father’s murderer on her own. But the Cyrilia beyond the palace walls is far different from the one she thought she knew. Corruption rules the land, and a greater conspiracy is at work—one that threatens the very balance of her world. And there is only one person corrupt enough to help Ana get to its core: Ramson Quicktongue.

A cunning crime lord of the Cyrilian underworld, Ramson has sinister plans—though he might have met his match in Ana. Because in this story, the princess might be the most dangerous player of all.

Let me know if you’ve read any of these books. What did you think?

Did I leave a book out you’d recommend? I’d love to hear about it in the comments section! 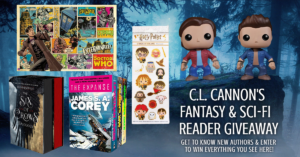