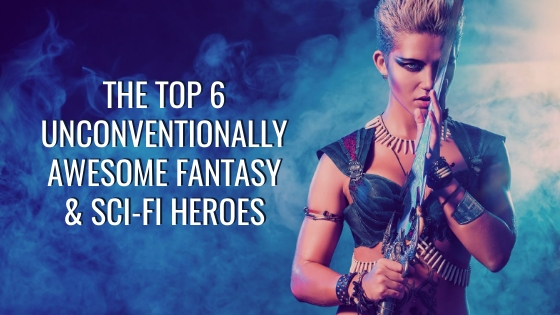 Fantasy and Science Fiction are filled with brave knights, damsels in distress, elf-lords, daring spaceship pilots, and laser welding heroes, but what about the heroes that don’t fit into traditional molds? Today I want to celebrate the Fantasy and Sci-fi heroes who are unconventionally awesome! Here they are in no particular order, cause there’s no way I could rank them fairly!

1. Hiccup, How To Train Your Dragon

It’s not every day that a boy befriends a dragon, said dragon accidentally eats the boy’s leg while trying to save him leading to the boy sporting a prosthetic leg throughout the remainder of the series. But hey, it works. It’s just one of the many unique twists that make Hiccup an unusual, but endearing protagonist! I would say Hiccup’s most admirable trait is his loyalty!

Forget fairy princesses or women needing a strong man to save them, Battlestar Galactica’s Starbuck is one of the most kickass women in modern sci-fi! Far from soft-spoken, this sci-fi fighter pilot is tough, intelligent, and well-rounded. The role certainly brought more complexity to female roles in the genre and kept us all on the edge of our seats, wondering what she’d do or say next!

3. Newt Scamander, Fantastic Beasts and Where to Find Them

The image of a powerful fantasy wizard usually conjures up a pointy hat and white beard. Someone who can command the room with their presence. Newt Scamander is the complete opposite of this image. He’s awkward, strange, and prefers the company of animals to humans, but this doesn’t make him any less of a hero! Newt is incredibly kind, fiercely protective of his animals, and unendingly loyal to his friends. A true Hufflepuff!

Tosh is not your everyday hero. While she can handle a gun and throw a punch or two, Toshiko’s real superpowers are her keen computer skills and her heart. She saves the gang more times than I can count with a couple of keystrokes, a well-thought-out plan, and her unyielding determination!

James Cole is not your typical time agent. He starts out as a wasteland scavenger and one of the few humans not infected by a devastating virus that all but wiped man-kind off the face of the earth. Over the course of the show, he goes from a confused young man to an intelligent and integral part of the team. We can see him grow up and begin to take more responsibility as he fights to save the people he loves.

6. Arya Stark, A Song of Ice And Fire (A Game of Thrones)

It can be argued that Arya Stark has one of the most interesting characters arcs ever!

Arya starts off as a tomboyish little girl in book one, but we see her evolve into a master of sword and deception!

Do you agree with the characters I picked?

Who are some of your favorite unconventionally awesome Fantasy and Sci-fi heroes?

I’d love to know your thoughts in the comments below! 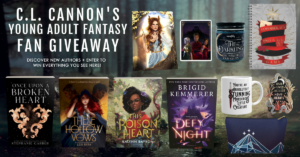